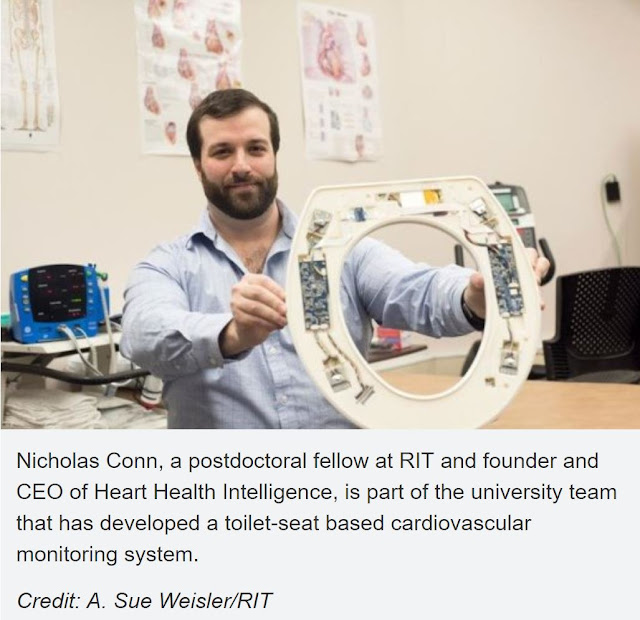 With 1 million new cases of congestive heart failure diagnosed each year, a revolutionary product is making it easier for hospitals to monitor patients with the condition in the comfort of their own homes.
A toilet-seat based cardiovascular monitoring system created by a team of Rochester Institute of Technology researchers aims to lower the hospital readmission rates of patients with congestive heart failure. The toilet seats, which will be brought through the FDA clearance process by the researchers' company Heart Health Intelligence, would be purchased by hospitals and issued to heart failure patients after discharge. The toilet seats are equipped to measure the electrical and mechanical activity of the heart, and can monitor heart rate, blood pressure, blood oxygenation levels, and the patient's weight and stroke volume, which is the amount of blood pumped out of the heart at every beat. Algorithms analyze the data, and with further development, will alert advanced practice providers of a deteriorating condition. A report will be passed along to cardiologists who will then determine if intervention is necessary.
Nicholas Conn, a postdoctoral fellow at RIT and founder and CEO of Heart Health Intelligence, is part of the university team that developed the toilet seats.
"Typically, within 30 days of hospital discharge, 25 percent of patients with congestive heart failure are readmitted," said Conn. "After 90 days of hospital discharge, 45 percent of patients are readmitted. And the Centers for Medicare and Medicaid Services is penalizing hospitals for readmitting patients for heart failure."
Conn, the company's chief executive officer, further explains that using the national average for readmission rates, the penalty alone for readmitting 150 patients is approximately $500,000 annually. The total cost of providing 150 patients with their own monitored toilet seats from HHI is $200,000. With that investment, he says, hospital systems will save more than double their initial investment within one year.
According to Conn, who earned three degrees from RIT -- a bachelor's degree and a master's degree in electrical engineering in 2011 and 2013, respectively, and a doctoral degree in microsystems engineering in 2016 -- the system will pick up deteriorating conditions before the patients even realize they are symptomatic. And with the rapid data analysis, interventions can be as simple as a drug change or short office visit, instead of an admission to the hospital.
HHI, which joined RIT's Venture Creations business incubator earlier this year, is now focused on moving the product forward. The team is heavily involved in writing grants for additional funding and networking, and human-subject testing and pre-clinical studies are well underway. Conn and his team are working on approving the product with the FDA and rolling it out across the country.
Source: https://www.sciencedaily.com/releases/2019/03/190320141039.htm
by: Rochester Institute of Technology
Posted by This Old Toilet at 7:00 AM No comments: 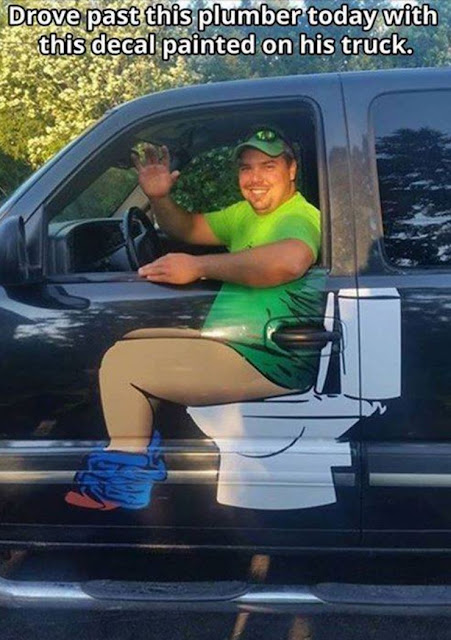 Posted by This Old Toilet at 5:23 AM No comments: 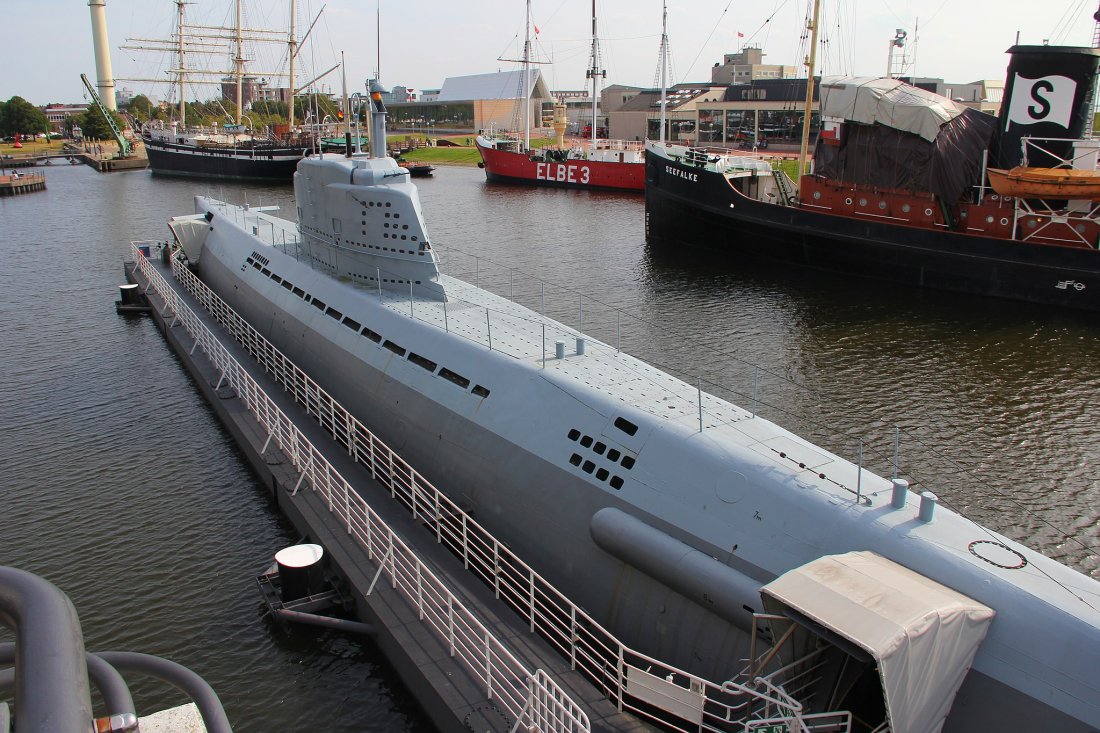 By World War II standards, the German Type VIIC submarine was an advanced hunter of the seas. But one unlucky vessel of its class, the U-1206, sank during its maiden combat voyage after its captain used its high-tech toilet improperly.

Yes, this really happened, and was an unexpected and tragic consequence of a real naval engineering problem.

For years. crafty German engineers had been busy developing what they thought was the next generation in undersea plumbing. While Allied subs piped their sewage into onboard septic tanks, German U-boats saved precious weight and space by discharging waste directly into the sea.

But pulling off this latter operation posed unique challenges. The system only worked when the submarine floated near the surface, where the water pressure was low. One can only imagine the unpleasant work-arounds forced upon the crew when boats had to stay submerged for prolonged periods.

As the war — and Allied anti-submarine technology — progressed, submarines were increasingly dead meat in shallow water or on the surface. But by 1945, Germany’s toilet technology had matured.
Germany’s top minds had produced a newfangled “deepwater high-pressure toilet” which allowed them to flush while submerged deep below the waves.

Advanced as it was, the toilet was extremely complicated. First, it directed human waste through a series of chambers to a pressurized airlock. The contraption then blasted it into the sea with compressed air, sort of like a poop torpedo.

A specialist on each submarine received training on proper toilet operating procedures. There was an exact order of opening and closing valves to ensure the system flowed in the correct direction.

Now meet U-1206 and its proud 27-year-old captain, Karl-Adolf Schlitt. On April 14, 1945, Schlitt and his submarine were eight days into their first combat patrol of the war. The submarine lurked 200 feet beneath the surface of the North Sea when Schlitt decided that he could figure the toilet out himself.

But Schlitt was not properly trained as a toilet specialist. After calling an engineer to help, the engineer turned a wrong valve and accidentally unleashed a torrent of sewage and seawater back into the sub.

The situation escalated quickly. The unpleasant liquid filled the toilet compartment and began to stream down onto the submarine’s giant internal batteries — located directly beneath the bathroom — which reacted chemically and began producing chlorine gas.

As the poisonous gas filled the submarine, Schlitt frantically ordered the boat to the surface. The crew blew the ballast tanks and fired their torpedoes in an effort to improve the flooded vessel’s buoyancy.
Somehow, it got worse when the submarine reached the surface. “At this point in time British planes and patrols discovered us,” Schlitt wrote in his official account.

After taking damage from an air attack, the only option was to scuttle the sub and order the sailors overboard.

“The crew reached the Scottish coast in rubber dinghies,” Schlitt added. “In the attempt to negotiate the steep coast in heavy seas, three crewmembers tragically died. Several men were taken onboard a British sloop. The dead were Hans Berkhauer, Karl Koren and Emil Kupper.”

This article by Elliot Carter originally appeared at War is Boring in 2015.
source: https://nationalinterest.org/blog/buzz/how-toilet-sunk-deadly-nazi-submarine-46562
by
Posted by This Old Toilet at 6:30 AM No comments:

If developing heart disease scares the poo out of you, this new monitor may be just the thing.


Engineers at Rochester Institute of Technology have designed a high-tech toilet seat that effortlessly flushes out data on the state of your cardiovascular system. The tricked-out porcelain throne measures your blood pressure, blood oxygen level, and the volume of blood your heart pumps per beat (stroke volume)—taking readings every time you sit down to catch up on some reading of your own. The engineers, led by David Borkholder, recently published a prototype of the seat in the open-access journal JMIR mHealth and uHealth.

According to the inventors, the seat’s daily data dump could make patients and their doctors privy to early warning signs of heart failure, potentially helping to prevent further deterioration and avoid costly hospital stays. Moreover, the seat could ease in-home monitoring for heart patients, who often strain to consistently track their tickers with other, non-toilet-based monitors.

“The toilet seat–based cardiovascular monitoring system has the potential [to] fill a gap in patient monitoring by capturing trend data that has been previously unattainable,” they write. “This system has the potential to address many of the challenges with in-home monitoring in a form factor that integrates into the daily routine of patients, bypassing barriers to adherence and providing a comprehensive and accurate set of clinically relevant measurements.”

For their design, Borkholder and colleagues aimed for a wireless, battery-powered, easily cleanable seat with embedded sensors that transmit measurements to a cloud database. The design includes sets of sensors that read three types of information: sensors on the top of the seat measure the heart’s electrical activity, reporting an electrocardiogram (ECG); a single sensor also on the top takes an optical measure of blood volume, creating a photoplethysmogram (PPG); and four load sensors on the bottom of the seat (which is attached to a toilet with a floating hinge) measure the ballistic force of the cardiac cycle, recording a ballistocardiogram (BCG).

The PPG sensors are used to assess peripheral blood oxygenation, taking optical measurements on the back of the thigh at two wavelengths (red and infrared), as in standard pulse oximetry. This is based on the principle that oxygenated hemoglobin and deoxygenated hemoglobin absorb the light differently (oxygenated absorbs more infrared, while deoxygenated absorbs more red light). By comparing the two waveforms and calibrating the seat to each individual patient, the readings can estimate oxygenation.

The engineers noted that the BCG readings have previously been found to correlate with the amount of blood forced out of the left ventricle of the heart at every beat. Together, with cardiac cycle information from the ECG, the seat uses BCG data to estimate stroke volume, which is an important indicator of how well the heart is pumping.

Last, the seat estimates blood pressure with a set of calculations from BCG and PPG data. Earlier research found that blood pressure can be estimated using the pulse wave velocity of blood, which is the speed with which a pressure wave shoots down arteries. That wave velocity can be extrapolated using an estimate of a patient’s aorta length and the time it takes for the wave to go down it. The toilet-monitor squeezes out an estimate for transit time by comparing the timing of the ballistic measurements of a heart beat and the wave features in the peripheral arteries, which are measured by the optical PPG sensors. 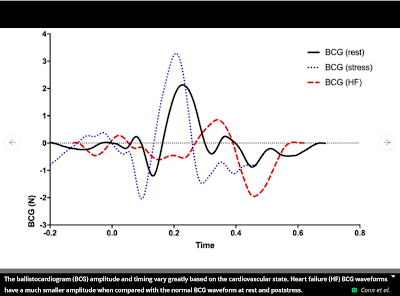 To see how their toilet seat estimates stacked up to standard, hospital-grade equipment, the engineers recorded blood pressure and blood oxygenation readings from 18 volunteers over eight weeks, taking readings up to five times a week. They also compared the seat’s stroke volume estimates to those of nearly 150 patients undergoing standard ECGs in a hospital. In all cases, the seat generally hit within the accuracy ranges of standard equipment, in some cases exceeding accepted accuracy standards.

The engineers say that the seat needs more testing and that they’d like to compare it to other measurement methods, such as a cardiac MRI. However, they’re hopeful that it could one day “facilitate the transition from a reactive to proactive-based approach to health care,” catching cardiovascular problems long before they become dire.

The toilet-based monitor does have one rather significant drawback though: the seat doesn’t actually work while a user is, well, using the toilet. Relieving oneself messes up the measurements.
“In future in-home studies, algorithms will be developed to identify and reject periods of urination and defecation through classification of motion artifacts and the physiologic shifts associated with this change in state,” the engineers write.