Sodium metal and water can make for an explosive combination. Grant Thompson, known as "The King of Random" on YouTube, teamed up with Cody from Cody's Lab for an in-depth video exploration of how chunks of sodium metal react to toilet water. The result is a compelling intersection between science, entertainment and mayhem.

The team used the same standalone stunt toilet system Cody developed for a mercury-flushing experiment. That means no sodium made it into the local water supply.

The flexible and highly reactive metal gets all fiery and fussy when it touches down in the bowl of water. Cody and Grant start off with small amounts and use an extra-long handle in order to safely flush the loo from a distance.
The testing culminates with a handful of sodium metal chunks going down the flusher. This is the moment we are waiting for and it doesn't disappoint. Kaboom. Cody's test toilet ends up as a pile of rubble. It's the best possible "Don't try this at home" warning you could ever get: This is exactly the sort of experiment you want to leave to the guys with safety glasses, gloves, test toilets and slo-mo cameras.
source: https://www.cnet.com/news/sodium-metal-toilet-flush-experiment-codys-lab/
by Amanda Kooser
http://www.thisoldtoilet.com 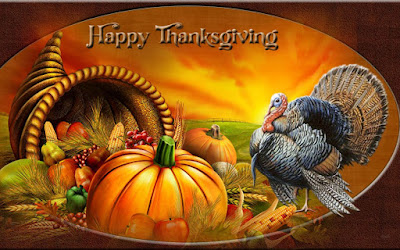 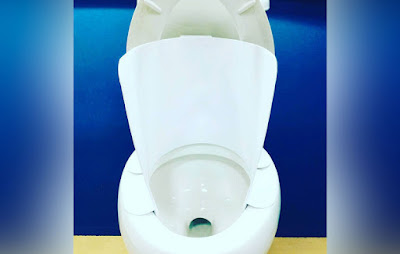 For many mothers and fathers, cleaning the toilet is easily the least favorite chore in the house.
But now that job is looking a little easier — and a lot less messy — thanks to a clever invention by a pair of local parents.
“We invented the Potty Protector,” said Cindy Covington of Blackfoot, CEO of Potty Protector.
It may sound silly at first, but this spray shield that attaches onto your toilet bowl works. It keeps the human waste where it belongs — inside of the toilet.
“It guards all of that extra fine mist spray that just happens with little boys, and even teenagers, and even grown men, and even older, older men,” Covington said.
For Covington and her five boys, the Potty Protector has saved them serious cleaning time. She said it’s like having a portable urinal without the expense of a urinal.
“The only thing that I ended up having to wipe down at the end of the week was dust. I’ve never had to actually dust my toilet before,” Covington said.
Covington said the idea came about after she kept complaining to her husband, Chris, about constantly cleaning up after their boys.
“He came back in with this makeshift bucket, stuck it on my toilet and I (said), ‘What is that?’ A couple days later and even weeks later I didn’t have the overspray and so I didn’t have to clean,” Covington said.
Soon their friends wanted try the Potty Protector.
source: http://idahostatejournal.com/members/parents-of-five-boys-invented-a-way-to-keep-their/article_24f7ba50-0894-5465-a080-db06660cf3dc.html
by Natalia Hepworth Going to the bathroom in space is anything but an easy procedure. To explain what happens on the International Space Station and the Soyuz spacecraft, Space.com spoke with veteran astronaut Mike Fossum. The three-time space flier has spent time working with both types of toilets, particularly when he spent 165 days in space aboard the space station. 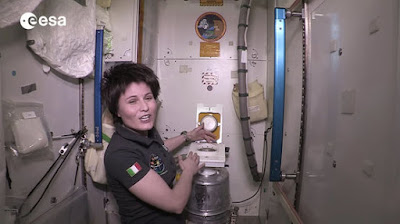 How do you go to the bathroom on the ISS?

To go to the bathroom on the ISS, astronauts go into one of the two toilets (either on the American side or the U.S. side). After closing the door for privacy, there are different procedures depending on if you're urinating or taking a dump.

For "number one," use a hose and turn on the suction to pull away the urine, which is recycled and cleaned for drinking water. For "number two," perch on top of the "solid waste container." Insert a plastic bag into the opening. After finishing your business, seal the bag and push it into the container. This container is changed roughly every 10 days 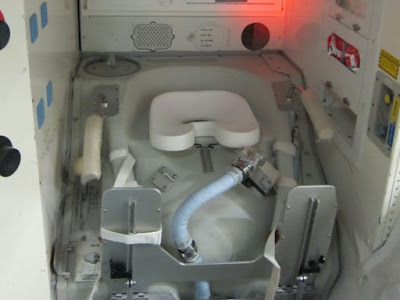 How often does the toilet break?

On Fossum's second shuttle flight (STS-124) in 2008, his crew did a last-minute rescue operation for the astronauts aboard the space station. It turned out that a toilet pump failed unexpectedly, leading to a scramble on the ground. Somebody hand-carried a new pump separator from Russia to the Kennedy Space Center, where it arrived the day before launch. [Space Station Toilet Breaks Again]

"The crew was eagerly awaiting our arrival," Fossum joked. As for how often the toilet breaks, he said that it's an "ongoing maintenance thing" but that it's hard to quantify the breakdown frequency. He roughly estimated once a month.

Naturally, the astronauts are highly trained in toilet maintenance using a mock-up before heading to space. The toilet has different indicator lights to show if something is wrong; the most common problems are separator failures (which pull the liquid through the system) or problems with the substance used to treat the urine before drinking.

Fossum said the simulations on Earth are "very high fidelity," of course without the added complication of dealing with the liquids in microgravity. But aspects such as the tight quarters are definitely replicated well, he said. 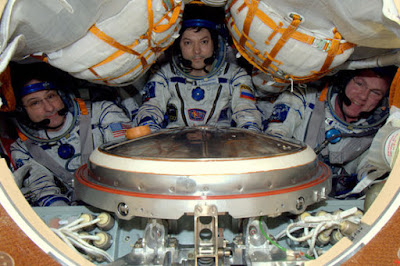 Doing your “business” in a spacecraft

Though the space station offers relative luxury, being aboard the Soyuz spacecraft is more like roughing it in space. It's the main way that astronauts get to and from the space station. A typical journey today in a Soyuz craft takes a few hours, but alternative orbital trajectories have astronauts living in the spacecraft for about two days.

Fossum said the astronauts use a handheld device located in the orbital module of the Soyuz. To give a little privacy, the other crewmembers move into the descent module while the first crewmember does his or her business.

"It's very rudimentary," Fossum acknowledged. "It just uses airflow to pull the waste in or to collect the waste," he added, "and rather than taking the urine into a tank with pretreatments, the urine goes into a tank that literally has what appears to [be] lots of foam rubber. That absorbs the liquid."

Fossum added that few astronauts use the solid-waste collection system — more of a handheld device — on the Soyuz. That's because the standard practice before flight is to get an enema to reduce the need to do "number two." 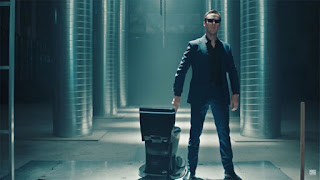 Apple haters rejoice! SNL and Dr. Strange himself took Apple’s history of over-the-top marketing of (occasionally underwhelming) iterative design to task and yeah, it was actually funny.
Calling back to the famous 1984 ad that announced Apple was here to smash the competition with true innovation, the sketch quickly fast-forwards to the present state of things. That is to say, making new versions of old things. Specifically, a toilet. In case the extremely blunt parody wasn’t on the nose enough, the toilet comes in Jet Black.

Posted by This Old Toilet at 8:30 AM No comments: 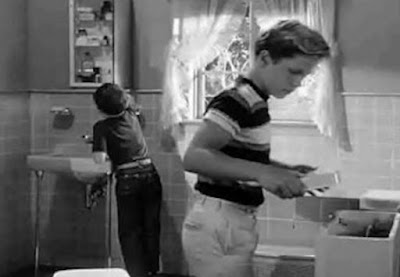 One episode of ‘Leave it to Beaver’ was censored by the Federal Communications Commission when it showed a toilet. It is when Wally and the Beaver tried to keep a baby alligator in the tank behind the actual toilet bowl. Back then, it was unacceptable to show a toilet on a national TV. However, a compromise was made to show the tank but not the actual bowl. It is the first time that a toilet was seen in a US television. In 1997, the episode was ranked #42 on TV Guide’s 100 Greatest Episodes of All Time.