Travis Springer, an English teacher at a Washington language institute, was outside drinking coffee with a friend the other day when he was asked an unusual question, but one that divides folks nationwide:
Which is better, automatic or manual flush toilets?
Springer criticized automatic-flush toilets on the basis of their “weird timing.” The indictment was stronger for urinals. “The urinals, they don't do much for some reason. What I’m saying: Every time I go to one, there's pee in it," he said. "That’s what I’m trying to say. It doesn’t clear it for the next person.”


Springer's views echo a perennial debate about public bathrooms across the country: to flush or to auto-flush. And they may be occurring with increasing frequency as automatic flush toilets have become more commonplace.
The first patents for automatic flush toilets surfaced in the 1970s and 1980s. Clients were wowed by their hygienic offerings and the fact that toilets would actually flush each time they're used, avoiding that maintenance headache of a mess that's been left in a toilet for hours. Industry-wide, sales for automatic flush fixtures have doubled in the past decade, said Orkun Onur, commercial product manager at Kohler, the large plumbing-fixtures company. Onur credited this to automatic toilets' decreasing price and improved technology, but he did not provide any precise data.
Despite that massive boost in sales, these toilets have often irritated, angered and perplexed those taking care of their bathroom business. Users typically find it irritating when these toilets flush with the opening or closing of a stall door or with a person's slightest movements, sometimes splashing water. On the other end, some automatic flush toilets refuse to flush unless you actually press a manual button.
But these anecdotal complaints overlook an even bigger problem with the technology. It's a tremendous waste of water at a time when water is increasingly limited. California, which entered its fifth year of drought in May, is currently operating on 67 percent of its typical water supply. The U.S. Drought Monitor counts 40 percent of U.S. counties to be "exceptionally dry" or in a drought; in the summer of 2012, 80 percent were. And the Colorado River, which sustains 40 million Americans, is slowly running out of water.
Scientists are not optimistic about water's future, either. A 2015 study indicates that the Southwest and Midwest is extremely likely to experience a "megadrought" in 2050 that will last as long as three decades. Drinking water, particularly for major cities such as Phoenix and Los Angeles, will be limited.
That concerns water-efficiency experts such as John Koeller. The Orange County, Calif.-based researcher co-authored a 2010 study comparing manual and automatic plumbing fixtures in a Tampa office building over a 23-month period. Automatic flush toilets use 54 percent more water than their manual cousins. The tendency of automatics to flush when you sit or squat can add up to a lot of wasted water. Manual toilets allow the option of water-saving dual-flush technology.
“Nothing can beat a manual flush in terms of water efficiency,” Koeller said. “One visit, one flush. That's my mantra.”

Automatic flush toilets use 54% more water than manual ones

A 2010 study of a Tampa office building found that automatic-flush fixtures used 436 more gallons of water per day than manual fixtures over a 23-month period.

Those little flushes add up quickly when you look at massive users of automatic toilets.  A columnist for the Los Angeles Times wrote last year that the airports in Los Angeles and San Francisco should consider switching to manual toilets as the rest of the region cut back on their own water usage. Respectively, the second- and seventh-largest airports in the country, Los Angeles and San Francisco international airports, could save 80 million gallons of water each year if they nixed the sensor-operated loos. That's equal to the annual water usage for 200,000 families of four.
There’s not much financial incentive to obsess over water conservation, though. Water prices in the United States are much lower than in other countries; it’s as much as 2.7 times as pricey in Germany, for example. We also use twice as much water per capita than themedian of all countries, as tracked by the Organization for Economic Cooperation and Development.
The industry is starting to respond to environmental concerns. Kohler's Onur said the plumbing industry is increasingly concerned with making fixtures that use less water, whether that's toilets that don't flush multiple times per use or use less water in a single flush. "That is one of the biggest hurdles that we are trying to [overcome]," he said.
Anica Landreneau, who directs sustainable design at architecture, engineering and design firm HOK, said the technology already has improved. For instance, toilets are less likely to go off when a sensor detects a light reflected from a chrome bathroom stall.
"I won't say that every manufacturer has it right, but I would say they are evolving and they are sensitive to that feedback when they get it," Landreneau said.
But that's only a change for those buying new toilets. Considering that toilets can last more than 20 years and can cost more than $800 per unit, there is not much toilet-turnover.

A commercial toilet unit with a manual flush valve is 48% cheaper than its automatic equivalent. This comparison stacks up two otherwise similar American Standard toilets, both which use 1.1 gallons per flush

Still, the perception that dangerous germs are lingering everywhere in your bathroom has led building managers to go with touchless toilets, sinks, faucets and towel dispensers. At the same time, automatics have also gotten a lot cheaper. For instance, a sensor costs a quarter of what it did in 2006. "The things that we wanted to do are more doable now because the price went down significantly," Onur said.
Now, toilets are even looking toward a future of cloud computing. Building managers will be able to analyze how many flushes and how much water an automatic toilet is using, just as they are able to monitor air-conditioning and electricity usage.
Low-tech or high-tech, bathroom fixtures tend to get a lot of attention when Landreneau talks to clients about their properties. “Sometimes, I end up talking about water fixtures more than anything else," she said.

Bored with typical bathroom trope, one DC coffee shop has decided to skirt tradition and go with a mildly rapey bathroom sign that makes customers stop and say, "Wha?"
An eagle-eyed reader sent us this gem, captured at Saxby's Coffee at K Street and Vermont Ave. It appears that the water closet at the establishment is demarcated with a sign that indicates that men just can't get enough of watching ladies erotically use the toilet. What is this, Japan?
Anyway, if you ever find yourself in the District, make your way to Saxby's. Where the coffee is hot, the people are cool, and the stick figures are bathroom peeping toms.
source: http://jezebel.com/5875324/look-its-the-worst-bathroom-sign-in-the-world
by Erin Gloria Ryan Over seven kilograms of gold, found abandoned in a toilet on a Qatar Airways plane, was seized by Customs investigators at the Goa airport today."When the Qatar Airways aircraft (after landing at Goa airport) was searched today, the Air Intelligence Wing found one duty-free plastic bag in the dustbin of the rear left toilet of the aircraft," Commissioner of Customs, Goa division, K Anpazhakan told reporters."An inquiry was made with crew members of the aircraft which had arrived from Qatar. They informed that they were not aware of the owner of the bag," he said.The bag was opened at the international arrival hall of the airport and it was found to be carrying jewellery weighing 7.124 kgs."The correct value of jewellery would be known only after an approved valuer is approached. Inquiries were made with the arrival passengers but no one was having any knowledge about it," the Commissioner said.Mr Anpazhakan said this is the second seizure of gold by Goa Customs in a week."Another seizure of two kilograms of unclaimed gold bars was made by officers in the same flight on April 24. The bars were hidden inside the pouch in the life jacket which was attached below a passenger's seat," he said.

http://www.buyetail.com
Posted by This Old Toilet at 7:00 AM 1 comment: 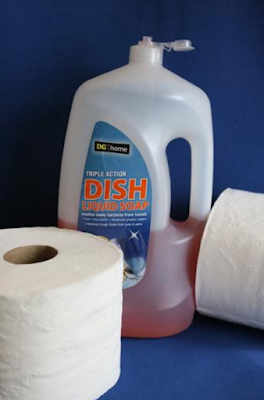 There are times when all the plunging in the world won't unclog a toilet. That's when you need to bring in the big guns. Luckily, "the big guns" consist of something you have sitting in your kitchen: dish soap. Dish soap acts as a lube to make the clog slippery so that it will slide on down the sewage line.
To get things moving, squirt about 1 cup (8 ounces) into the toilet and plunge the toilet a couple of times to work the soap down into the clog. Let it sit for around 15 minutes.


Don't be surprised if you hear the sound of flushing before the 15 minutes is up. It works pretty fast.
If it didn't work, plunge the toilet a few times to see if you can work the dish soap into the clog a little better. The clog should pop out and make its way down to sewer town.
Now, this will only work if your clog consists of toilet paper. It won't work if your toddler throws Legos in the toilet or if you're trying to flush old photos of your ex after too many glasses of wine. In those instances, you may need to call a plumber.
source: http://www.cnet.com/how-to/unclog-your-toilet-with-this-one-kitchen-item/
by Alina Bradford
http://www.thisoldtoilet.com

Toilet Replacement Lids and Seats - Food scraps, animal urine and rubbish: How the inside of a woman's handbag is DIRTIER than a toilet seat - This Old Toilet 800-658-4521 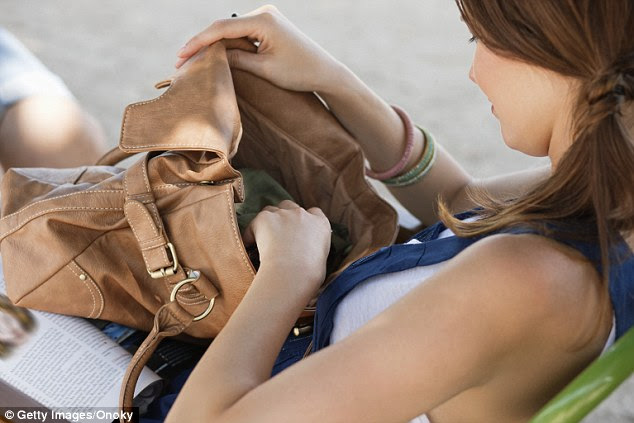 Filled with germs: The inside of a woman's handbag can contain 10,000 different bacteria


The contents of a woman's handbag have long remained a mystery to men around the world.
But the truth is a lot dirtier than one could ever have imagined.
German research found 10,000 different bacteria are present in just a few square centimetres of handbag, making it dirtier than your average toilet seat. 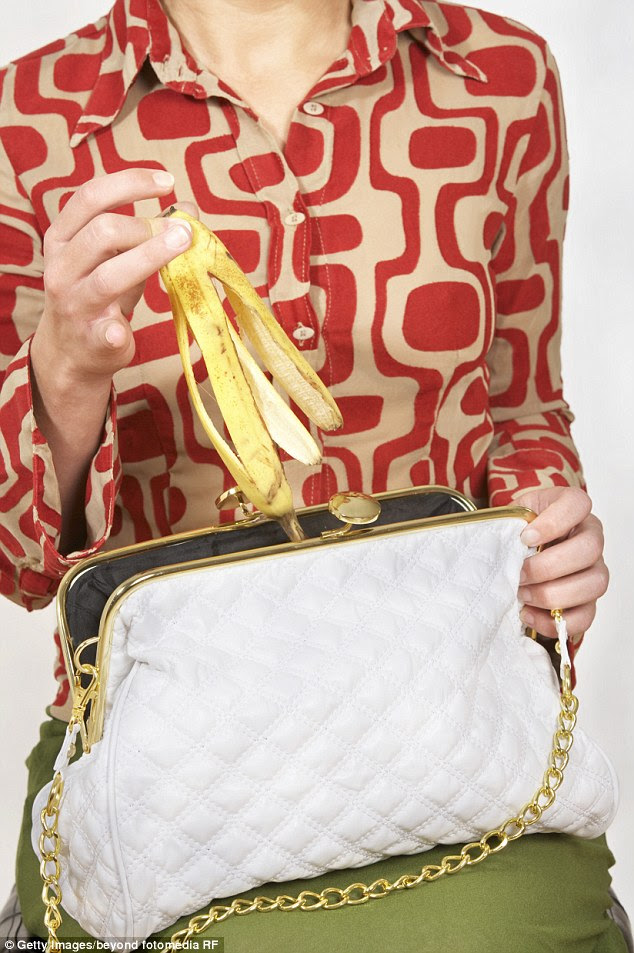 So how does your bag get so disgustingly filthy?
The Herald Sun spoke with My Bag Spa owner Alex How from Melbourne, who has found food scraps, rubbish and even dog or cat urine in handbags.
'Dog and cat pee are the worst and we have to wear gloves and a mask to remove those smells or else our skin starts to itch,' Mr How said.

http://www.thisoldtoilet.co
Posted by This Old Toilet at 6:30 AM No comments: