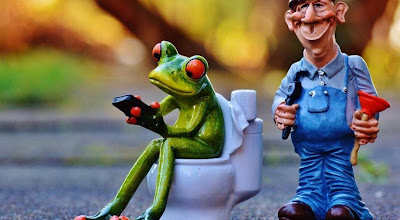 While Crapper did exist (and likely is the man behind the more scatological term for the loo), it was England’s John Harington who developed a modern working toilet nearly 300 years before Crapper was born.

Even brief biographies show Harington to be one fascinating chap. Born about 1560, he studied law, but found more pleasure writing poetry in the court of Elizabeth I, the childless queen who chose him as one of her 102 godsons.
Unfortunately, he quickly became known as her “saucy godson” because he had a penchant for stretching the bounds of good taste with his bawdy verses. Eventually, Elizabeth banished him from 1584 to 1591.
So with time on his hands, Harington came up with Britain’s first flushing toilet, which he called the “Ajax” (apparently from “a jakes,” a common slang word for an outhouse). In 1596, he even detailed his work in a tongue-in-cheek book called “A New Discourse upon a Stale Subject: The Metamorphosis of Ajax.”
Yet even here, he couldn’t leave well enough alone. Along with discussing his invention, Harington also used the book to criticize the stercus — or excrement — that the Earl of Leiceister was using to attack two of Harington’s relatives. Although the book proved popular among the masses, the queen was not amused and banished him again.
Nevertheless, Elizabeth did have Harington install one of his toilets in Ye Royale Palace, but that, too, wound up raising a stink — literally. His contraption is described as having a pan with an opening at the bottom and sealed with a leather-faced valve. A system of handles, levers and weights poured in water from a cistern, which opened the valve, according to historian Ellen Castelow. But the whole thing was so poorly vented that sewer gas seeped back in, forcing the queen to continually have bowls of fresh herbs and flowers placed around the room to quench the stench, according to historian Maureen Francis.
It would take another two centuries for indoor toilets to pass the smell test. In 1775, Scottish watchmaker Alexander Cumming earned a patent by finally adding a water-filled S-trap in the drain to keep odors from wafting back up the pipe after the toilet was flushed. Three years later, English inventor Joseph Bramah patented improvements that helped keep Cumming’s toilet from freezing in winter.
Still, people clung to their chamber pots, which allowed outbreaks of deadly diseases to run rampant in London, for example, until well into the 19th century. In 1830, for example, R.H. Mottram’s public report stated, “Whole streets were flooded with sewage.” The death rate for children was an eye-popping 480 per thousand.
Finally, in 1848, a Public Health Act in London required every new house to have a “water closet, privy or ash-pit.” Eventually, flush toilets became the standard, and although some historians dispute the link, many say we still pay tribute to Elizabeth’s racy subject when we excuse ourselves to go to the john.
More musings from the w.c.:
“Toilet” itself is what’s left of the French “toilette,” a dressing room. In turn, “toile” was a cloth draped on someone’s shoulders while his or her hair was being groomed. By the early 1800s in the United States, toilet had become a synonym for both the bathroom and the porcelain waste-disposal device.
“Latrine” reportedly was derived from the Latin “lavatrina” (for bath or privy) while “lavatory” comes from the Latin “lavare,” meaning “to wash.”
In 1969, British writer Wallace Reyburn made history when he published “Flushed With Pride: The Story of Thomas Crapper,” which details Crapper’s invention of the toilet — history that was pure fabrication. While there was a Thomas Crapper who lived in London from 1837 to 1910, he ran a plumbing company and merely made a few improvements to the toilet’s basic design. Nevertheless, when U.S. troops in World War I saw Thomas Crapper & Co. prominently stamped on toilets in their overseas washrooms, it likely led to the more bawdy “crapper” and “crap” as synonyms and give Reyburn a good fairy tale. (He later wrote the obviously facetious “Bust-Up: The Uplifting Tale of Otto Titzling and the Development of the Bra.”)
As you probably know, we owe sailors for the origin of the term “head” for toilet. In olden days, seamen would relieve themselves at the front (head) of the ship, where the wind would blow any odor out to sea.
While there are many theories surrounding the origin of “the loo,” the most colorful involves the daily ritual of emptying chamber pots out the window in France. To warn passersby of the impending dump, the French, like any courteous golfer, reportedly would yell, “Guardez l’eau!” — watch out for the water. As the story goes, the English mangled this to “gardy-loo,” and eventually loo became a British synonym for the toilet itself.
And, to come full circle, it was John Harington who once wrote, “Treason doth never prosper. What’s the reason? For if it prosper, none dare call it treason.”
source: http://www.bnd.com/living/liv-columns-blogs/answer-man/article186357143.html
by Roger Schlueter
http://www.thisoldtoilet.com 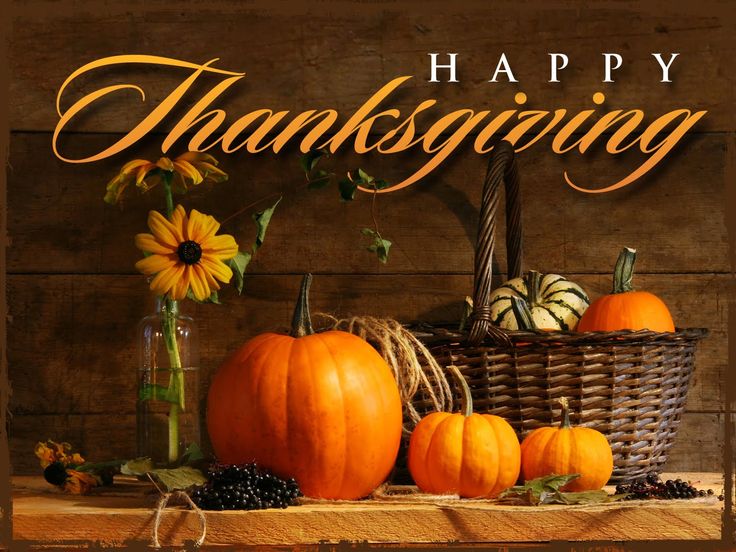 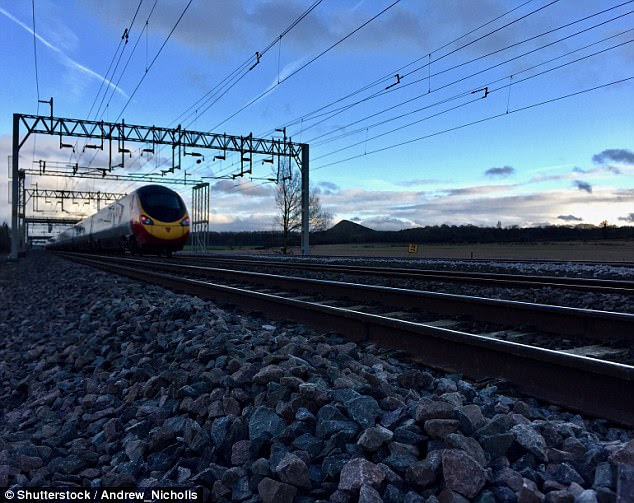 
Virgin Trains' passengers are getting an extra dose of toilet humour this festive season - because they're being greeted with advice from an unexpected A-lister.
None other than Will Ferrell has taken over toilet duty on board Virgin's Pendolino trains to celebrate the release of new Christmas comedy, Daddy's Home 2.
The Anchorman and Elf star is bringing his own brand of loo-d humour to the West Coast mainline during November and December in a series of light-hearted announcements.

Just in time for Christmas, here’s a gift idea for that special someone who has everything – a Louis Vuitton-covered golden toilet.
The luxurious, $100,000 commode is fully functional and on display now at online retailer Tradesy’s new Santa Monica showroom.
Artist Illma Gore destroyed 24 different Louis Vuitton pieces to cover the toilet in the high-end designer’s signature leather.
“I won’t be sitting on it personally, I think that’s a bit lewd for an event but people will be able to sit on it, interact with the piece as well,” Gore said.

Decorating for Christmas will start in earnest in a week or two, so don’t forget to decorate the loo.
For too many years, the most common decoration for the toilet was the rug-like cover, but now you can theme your bathroom year round with Toilet Tattoos.
Available in a variety of designs, colours and themes — including Christmas — the toilet tattoos are removable, reusable and easy to clean, giving you the opportunity to transform the look of the toilet by just peeling the tattoo from its backer card packaging, placing it on the toilet lid and smoothing it out.
Toilet Tattoos are made from electrostatic vinyl film, are reusable and will not harm the toilet lid when removed.
source: http://calgarysun.com/life/homes/deck-the-halls-and-your-toilet
by Myke Thomas
http://www.thisoldtoilet.com

These expensive fixtures look like a smooth update for any bathroom remodel. But are they worth the added expense?

It’s the stuff of a bathroom designer's dream: A sleek, space-saving toilet, absent that unsightly tank, which can be installed at precisely the right height for you. Plus, the nature of the design—a wall-mounted toilet doesn't contact the floor—makes it a breeze to keep the area around it clean.
These elegant commodes hide the plumbing and working parts. The tank, made of lightweight plastic and styrofoam, lives behind the wall, cradled in a cast-iron or steel carrier that gets installed between two studs to provide support. The bowl floats above the floor, anchored through the drywall to the carrier.
If it all sounds a little exotic, that's because these fixtures are far from standard. It's easy to understand why: Installing a wall-hung toilet requires invasive and intensive reconstruction, and once it's in place there's no removing the lid of the tank to fiddle with a finicky flapper—the mechanicals are buried in the wall. It's possible in some scenarios to install an access panel for repairs, but that's a very custom solution.
Still curious? Read on for the pros and cons you'll want to weigh before tearing up your bathroom wall.
Built to CodeWith their compact size, wall-mounted toilets offer more flexibility when designing or updating a bathroom. “These toilets can meet building-code clearances where floor mounted toilets might not,” says John Banta, the CR test engineer who oversees Consumer Reports’ toilet tests.
In some municipalities, buildings codes require at least 21 inches in front of the toilet. Wall-mounted toilets can save as much as 10 inches by moving the tank into the wall. And the bowl itself can be adjusted to sit anywhere from 15 to 19 inches off the ground.
A Costly Alternative
Wall-mounted toilets come at a premium over standard toilets. Expect to pay several hundred dollars more for this type of fixture, not counting the cost of professional insatllation—this is not a do-it-yourself project, notes Banta. "Already you're paying more for this type of toilet, and depending on your circumstances, you might spend several hundred more to move the supply and waste lines or to reconfigure the studs," he says. "It could easily be three times more expensive to switch from an existing floor to a wall-mounted toilet."
Down to the StudsInstalling a wall-mounted toilet requires opening a wall, rerouting the waste pipe, and, if you plan to keep the same flooring, patching the tile under your old toilet. You also need to know whether your framing consists of 2x4 or 2x6 studs when choosing the tank, as manufacturers make carriers for both types. "If you're installing one of these in an older home, you would likely need to rework the studs to get them in the proper location for the carrier," says Banta.Relatively Easy UncloggingDuring installation, the tank and the carrier are mounted to the studs and concealed with drywall, with an opening for the flush buttons. Access to the tank is through this opening. If something stops working after installation, the flush panel pops off and an adult-sized hand can reach inside to fix the plumbing.
source: https://www.consumerreports.org/toilets/the-pros-and-cons-of-wall-hung-toilets/
by Haniya Rae
http://www.thisoldtoilet.com