Replacement Toilet Lids and Seats - EVERYONE PLAYS WITH THEIR PHONE WHILE SITTING ON THE TOILET, NEW STUDY FINDS - This Old Toilet 800-658-4521

Millennials are the pioneers of the digital age — a title that apparently involves most of them sleeping, pooping and eating with a cellphone within arm's reach.
Researchers at LivePerson, a business solutions provider, polled about 4,000 young adults between 18 and 34 for information on the generation's obsession with communication and connection. The organization surveyed Millennials and Gen Z people in the U.S., UK, Australia, France, Germany and Japan in September.
The study revealed that Millennials are pretty much terrified to live without their cellphones nearby. When leaving the house, about 62 percent of people would rather forget their wallet at home than their cellphone. Communicating digitally is preferred over in-person conversations, with text messages rounding out the best way to chat with friends.
“What we see in the research data is the phone truly becoming an extension of the self, and the platforms and apps within it— digital life— occupying more than their offline interactions," says Rurik Bradbury, LivePerson’s research leader.
When it's time to sleep, 70 percent of people bring their trusty cellphones into bed with them, refusing to move it further than arm's length away. Even dinner table conversations and in-person discussions aren't safe — about 42 percent of people will pull out a cellphone during dinner while about one-third will interrupt an in-person conversation for the sake of a digital one.
Forget bathroom boundaries (or sanitation for that matter) because phones accompany 66 percent of people to the toilet. The study concluded that this "highlights the ubiquity of connectivity," but didn't evaluate what exactly people used their cellphones for on the toilet.
Perhaps that plays into a different study from CityMD that indicates young people are more likely than older people to go out in public while feeling sick. Three-quarters of respondents between 18 and 34 said that the last time they had the flu, they left the house, compared to 56 percent of people 35 and older, reportedNewsweek.
Thankfully, there's an emoji for everything — absolutely everything.
source: http://www.newsweek.com/everyone-plays-their-phone-while-sitting-toilet-688726
by Linley Sanders
http://www.thisoldtoilet.com 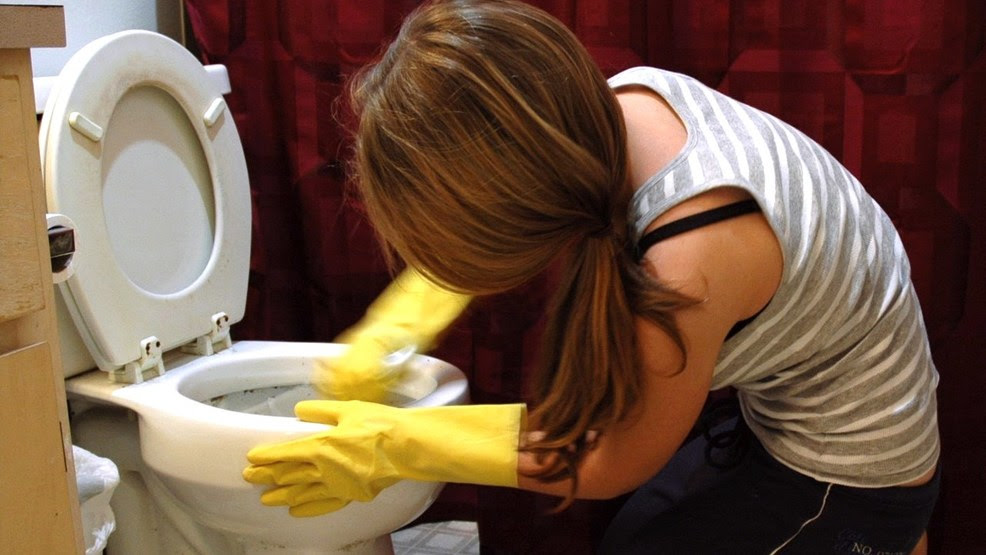 
When you make changes to your bathroom, the toilet is an important part of the equation. What is there to consider? The shape and style, right? And whether it will fit the right distance from the wall. But oh, there is so much more! Not all toilets perform the same. Consumer Reports tests to see if they effectively wash away debris, whether the bowl is left clean after a flush, and how water-efficient they are.
What makes one toilet better than another? To illustrate, CR selected two toilets that cost the same - $150. But one is a recommended model, and the other has the lowest score in their ratings. Why?
The Mansfield Alto just got fair marks for waste removal. In several tests the sponge debris stayed in the bowl. -- But the Delta Prelude does its main job very well. The little test sponges won’t be coming back.
And how clean is the bowl surface afterwards? One CR test is to draw a water soluble marker ring around the inside of the rim, to see if one flush can wash it away.
The Mansfield bowl was only “fair,” with markings left behind after each flush. A good performer has the power to rinse away most of the debris, most of the time. The CR-recommended Delta model did an excellent job powerfully rinsing the ring away.
And when you shop -- check out the efficiency rating. The Delta uses less water than the Mansfield - just 1.28 gallons per flush versus 1.6.
If you have a toilet from before 1990, you can save 19 gallons per person, per day by switching to one with the EPA’s WaterSense sticker on it.
And to find out if yours is leaking and needs to be fixed or replaced, put a few drops of food coloring into the tank. In 15 minutes if there is color in the bowl - you’ve got a leak.
source; http://weartv.com/news/local/what-to-consider-when-purchasing-a-toilet
by Consumer Reports
http://www.thisoldtoilet.com 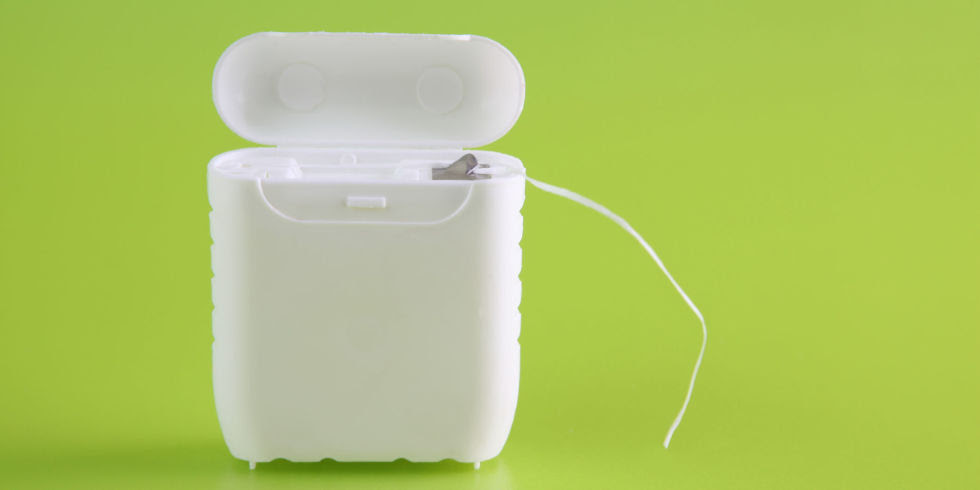 A few things that should never go down your toilet include cotton pads, hair — and somewhat surprisingly, floss. While these little pieces of string might seem innocent enough to toss in your bowl, it's made out of nylon or Teflon so it isn't biodegradable and doesn't break down over time, which can cause some serious plumbing issues.
And if you're a daily flosser (which you should be!), throwing those tiny pieces in your toilet every day will add up fast. "Floss can combine with other items, such as single-use wipes (like baby wipes), and form balls that can grow quite sizable and can clog sewers and pumps," Rosales-Ramirez told The Huffington Post. "Sometimes these items also combine with tree roots and grease and create huge problems for sewer systems."
If you need further proof that this simple habit is a major mistake, these pictures should do the trick (sorry in advance). 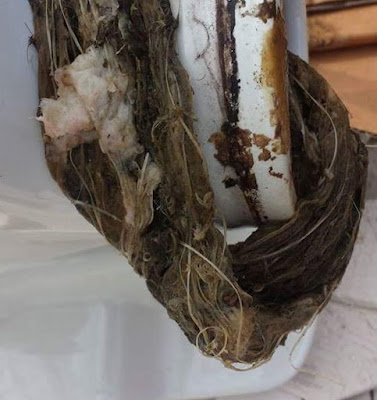 source: http://www.goodhousekeeping.com/home/news/a46297/never-flush-dental-floss-down-toilet/
by Lauren Smith
http://www.thisoldtoilet.com
Posted by This Old Toilet at 6:00 AM No comments:

Those seeking relief from San Antonio’s more staid cultural bastions have long found it behind the unassuming doors of Barney Smith’s Alamo Heights garage. Since opening in 1992, his Toilet Seat Museum – apparently the only one of its kind in the world – has drawn visitors from all 50 states and more than 80 foreign countries.

A vivacious 96-year-old, Smith presides over his collection from a folding chair, happy to share the stories behind his seats with anyone who wishes to linger. His days of commode-decorating are by no means at an end, with new works always on the way. But as he nears 100, Smith has started to consider his collection’s future. He and his family are waiting for the perfect buyer, one who will keep the collection together and open to the public.

Smith’s unlikely hobby had surprisingly logical beginnings, when, at 26, the handsome young master plumber was inspired by the wooden plaques his father made to mount their most prized hunting trophies. Smith, no doubt as wry and charming then as he is now, took a cue from his trade and made his own mount out of an old toilet seat cover, thereby sparking what would prove to be a seven-decade-long passion. The seats, it should be noted, are all brand new, given to him by plumbing companies.

He soon moved beyond antlers to other objects, mostly mementos from his life and travels. “He’s always had collections,” his granddaughter and next door neighbor, Heather Janes, recalled, adding that he came from a very artistic family, with parents and brothers who spent their lives working with their hands – be it in their trade or creative pursuits.

Smith admits that her support was initially limited – she made him promise to stop at 500 seats. Since he now has more than 1,300, it’s safe to assume that her tolerance expanded along with his collection. But to mark the threshold, his 500th is covered in dog tags. “And I’ve been in the dog house ever since.”

After his wife’s death from Alzheimer’s a few years ago, Smith sometimes worries about his own memory, which forms an essential component of his interactions with visitors. Unfortunately, in a recent piece on his museum, the San Antonio Express-News misstated that he had dementia, which his children and grandchildren hasten to clarify is not the case. If any faults in his memory exist, they’re no more than the minor foibles of a mind already holding more than its fair share of recollections.

His family, including three children, seven grandchildren,12 great-grandchildren, and two eagerly awaited great-great-grandchildren, are apparently just as amused by Smith’s hobby as the rest of his visitors. His grandson even made him a Facebook page so contented visitors could share images and impressions.
They’re an exceptionally close group, bound by shared faith and mutual respect. They’ve upheld a tradition of monthly family dinners since the 1970s, and many lend helping hands at the museum.
“We never dreamed it would turn into anything like this,” Janes said.

Smith’s life’s work has not only attracted visitors from far-flung environs such as Saudi Arabia, Australia, and India, but also won him the attention of various news shows, including The View. His museum has also proved something of a local gathering place, drawing neighbors back again and again. On his birthday last year, the mayor of Alamo Heights proclaimed May 25 “Barney Smith Day.”

Every day at about 1 p.m., an eager crowd of visitors gathers outside, waiting for the tell-tale screech of the corrugated metal doors that heralds their entry into what is undoubtedly one of San Antonio’s most unusual attractions. Smith’s meticulously kept guest books attest to more than 1,000 visitors a year. These sightseers are remarkably varied: on the day I went, I encountered one enthusiastic Geocacher, several families with thrilled little boys in tow, and three well-dressed women from Fort Worth, who – rather unexpectedly – said the Toilet Seat Museum was the deciding factor in favor of their weekend visit to San Antonio.

Some might question what draw this museum has for those who could otherwise visit the Alamo, the Spanish-colonial Missions, or any number of well-appointed art museums. Novelty value certainly plays a part, along with a wealth of photographic opportunities, and dinner party fodder sufficient to enliven even the deadliest lulls in conversation.

But the museum is not, as I first anticipated, devoted to the history of the toilet seat, although it does have one historic example from the 19th century – “If you sat on that on a hot day you wouldn’t need air conditioning,” Smith quipped – as well as the “widest toilet seat in the world.” The Guinness Book of World Records has approached Smith twice to be canonized in its pages, but he hasn’t found the time to fill out the necessary paperwork.

The seats themselves are mostly of a personal nature, made to commemorate birthdays, vacations, and anniversaries. One is mounted with parts of his beloved old motorcycle; another with a hornet nest that once tormented him; and one, covered in washers, bears the plumber’s wisdom: “Without running water, there are no leaking faucets;” Some are decorated with gifts others have brought him; 50 with the state flag, bird, and flower from each of the states (as well as the signatures of visitors from their native states); and a few have been graced by the hands of fellow artists.

Others – featuring the likes of “O.J. Simpson’s Glove,” “Willie Nelson’s Pony Tail,” a piece of Saddam Hussein’s toilet, and  $1 million in shredded money from the Federal Reserve – are merely expressions of Smith’s tongue-in-cheek sense of humor. He jokes that one toilet seat bearing the Nativity scene is “in good standing.” But the real draw, as more than 200 glowing Facebook reviews attest, is Smith himself.
t’s an unexpectedly humane collection, attesting to nearly a century of life well lived, documenting everything from Smith’s vow renewal to his dental work. He saves his personal favorite for last: a mounted easel and paints, framing a poem he memorized in school at age 12, “When Earth’s Last Picture is Painted.” Touchingly, he still recites it to every visitor in parting.

Already he’s been approached by several interested buyers, some with novelty art collections of their own. Smith’s preference would be to see it go to a good home within his lifetime, one that keeps the collection together and respects his faith and history. But until the right custodian comes along, he’ll keep his doors open for anyone who wants to be reminded to savor life without taking it too seriously.