Don't laugh! This is a serious business! How many of you have been sailing in a brisk headwind heeled over, or a rolling quartering sea, or a seriously lumpy piece of ocean? You go below to relieve yourself, and the boat is bouncing around, maybe heeled over quite far, and that toilet seat is sliding all over the place! Those little plastic spacers on the bottom of all toilet seats are great for keeping the seat off the rim of the toilet bowl. But at sea, the spacers act like slides, and with your weight on the seat, you can be thrown all over the place while seated on the head because the seat moves so much on those plastic spacers! Then, a few weeks or months later, the hinge on the seat cover breaks, and then you either have to find a replacement hinge, or worse still a complete new toilet seat to fit your marine head!


Well, that can all change with a little trick we saw on another boat! It was such a great idea, we immediately took off our toilet seat and made the changes that kept the toilet seat firmly in place, while leaving on those slippery plastic spacers, no matter how much your boat moved around on the water!
It's so easy! Here is the simple way to cure the "ole slippery sliding toilet seat act".
I know this will work, it made using the head underway so much better!
source: http://www.cruisingworld.com/pam-says-use-your-head-and-find-right-toilet-seat
by Pam Wall 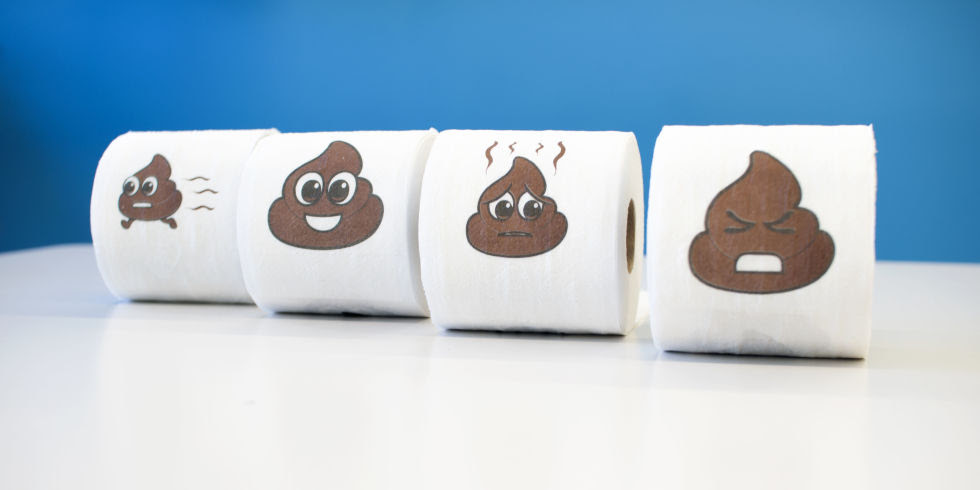 The most common cause for this problem, and the one that's easiest to fix, is a poorly seated flapper, aka a running toilet. The flapper is that part of the toilet tank that opens to let water flow into the toilet bowl, and then flaps down over the opening to allow the tank to refill. It's located at the bottom of the tank and is rigged to a chain that is connected by a rod to the toilet handle. Usually when the toilet handle is pushed down, it pulls on the chain that lifts the flap that allows the water to enter the toilet bowl.
So, what can you do if you push down the handle and no water comes forth? If you hear water running but none is entering the bowl, that means the flapper isn't seated properly over the opening. That could be because the flapper itself is worn or the chain came unhooked from the flapper or worked its way under the flapper. Sometimes the flapper will re-seat itself if you just jiggle the handle a few times. You'll know it's working if you hear the toilet tank filling up.
If that doesn't do the trick, remove the cover of the toilet tank and locate the flapper at the bottom of the tank. If it's not seated completely over the opening, re-seat it. You should notice the water filling the tank.
If you don't, check to see if the chain has come loose from the flapper or has worked its way under the flapper. If it's come loose, reconnect the chain.
If it's under the flapper, lift the chain out of the way and re-seat the flapper. At this point, the tank should begin to fill. When it stops filling, flush the toilet. Make sure the flapper is seated properly, then replace the tank cover and give yourself a pat on the back. You just fixed the toilet.
If none of these correct the situation, then you have two choices. You can actually flush the toilet by pouring water into the bowl until it flushes. If there's a wastebasket that can hold water, empty it, fill it with water and pour the water into the toilet. If enough water is poured into the bowl at once, the contents will flush down the drain. If that does the trick, give yourself a high five. (Then be a good guest and notify the host that there is a problem with the toilet.)
Alas, if there is no wastebasket or other large container in the bathroom, you have no choice but to inform the host — and depending on what's in the toilet, this can be pretty embarrassing.
Smith's last bit of advice? If there are several people in the house, you can always try to shift blame by telling the host something like, I'd like to use the bathroom but the toilet appears to be full. Yeah, it's a wimpy way out of a stinky situation but, after all, you did give it your best.
source: http://www.today.com/home/here-s-what-do-when-toilet-flusher-won-t-flush-t62681
by Karen Gibbs 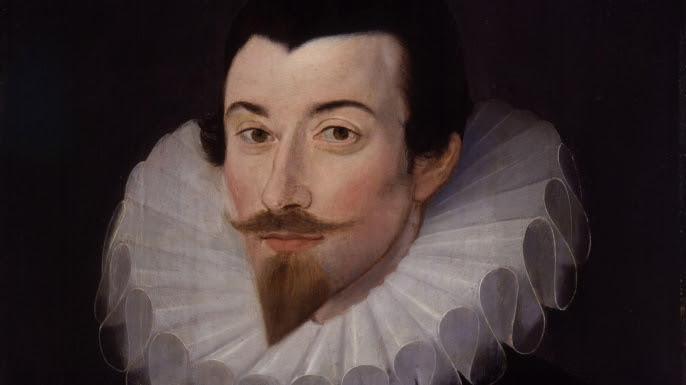 The centerpiece of today’s modern bathroom, the flush toilet has equal roots in ancient sanitation practices, Elizabethan politics and Industrial Revolution know-how. Primitive latrines that utilized a constant stream of water to carry away waste date back at least 5,000 years, and early toilet systems were used by the several ancient civilizations, including the Romans and the Mohenjo-Dara and Harappa of the Indus Valley.
The first modern flushable toilet was described in 1596 by Sir John Harington, an English courtier and the godson of Queen Elizabeth I. Harington’s device called for a 2-foot-deep oval bowl waterproofed with pitch, resin and wax and fed by water from an upstairs cistern. Flushing Harington’s pot required 7.5 gallons of water—a veritable torrent in the era before indoor plumbing. Harington noted that when water was scarce, up to 20 people could use his commode between flushes. Harington described his device in a satirical pamphlet entitled ‘A New Discourse on a Stale Subject, called the Metamorphosis of Ajax”—a pun on the term “a jakes,” which was a popular slang term for toilets. Although Harington installed a working model for Queen Elizabeth at Richmond Palace, it took several centuries—and the Industrial Revolution’s improvements in manufacturing and waste disposal — for the flush toilet to catch on.
In 1775 English inventor Alexander Cumming was granted the first patent for a flush toilet. His greatest innovation was the S-shaped pipe below the bowl that used water to create a seal preventing sewer gas from entering through the toilet. In the late-19th century, a London plumbing impresario named Thomas Crapper manufactured one of the first widely successful lines of flush toilets. Crapper did not invent the toilet, but he did develop the ballcock, an improved tank-filling mechanism still used in toilets today. Crapper’s name would become synonymous with the devices he sold (although the English word “crap” predates him by centuries), thanks in part to American servicemen stationed overseas during World War I. These doughboys, unfamiliar with the relatively new-fangled invention, referred to the toilets as “crappers”—due to the Crapper brand’s ubiquity in England and Franc—and brought the term back home with them after the war.
source: http://www.history.com/news/ask-history/who-invented-the-flush-toilet
by Nate Barksdale
http://www.thisoldtoilet.com

Posted by This Old Toilet at 7:15 AM No comments:

A beautiful, roomy bathroom provides a lovely retreat to soak away your stress, prep for your day, or simply unwind. The best hotels know how enticing a gorgeous bathroom can be offering views from the tub, outdoor options, and stunning materials. Whether you want to take in the skyline at The Langham Chicago or soak next to hundreds of fish in an underwater bathroom in Dubai, we’ve found some of the most incredible hotel bathrooms in the world. Check out our 12 favorites:

The Palm Atlantis, Dubai
If serenity to you is all about ocean life, check out the Palm Underwater Suite Bathroom which puts you at one with hundreds of fish. (Photo: Atlantis)

The Langham, Chicago
Surrounded by show stopping marble indoors and beautiful city views at the window, this light-filled bathroom is a dream escape. (Photo: Langham Chicago)

Parrot Cay, Turks & Caicos
If you want to enjoy an alfresco bath in a shady garden just steps from the sand. Parrot Cay is your spot. (Photo: Parrot Cay)

Rosewood Mayakoba, Riveria Maya Mexico
There is so much to love in this stunning bathroom, but the wide open sun-soaked outdoor shower could be our favorite part. (Photo: Rosewood Mayakoba)

Me
This design-centric hotel features its own vineyard, original contemporary art, and one of the most unique baths we’ve ever seen.  (Photo: Vina Vik)2017 Mercedesrcedes

http://thisoldtoilet.com
Posted by This Old Toilet at 7:30 AM No comments:


Earlier this month, The New York Times published a story headlined "The Cult of the Toto Toilet," which highlighted how obsessed people were with the high-end toilets from the Japanese toilet manufacturer.

A New York City businessman featured in the story held off going to the bathroom before he left on a flight from Milan because he wanted to do his business in his Toto.
Now, we understand why. The Toto is indeed a throne fit for a king and queen.

The company's top of the line toilet, which retails for $9,800, has a heated seat, a personal cleansing and drying system, and an air purifying system, among other features.
It also cleans itself, automatically flushes, and has a lid that opens and closes by itself.

The toilet bowl is coated with zirconium, which helps repel waste.

There's a UV light built into the lid.

When the toilet isn't being used, the UV light shines into the bowl to break down germ and waste particles.

Here's how the UV light works:

It also has an automatic night light.

No more stumbling around in the middle of the night looking for a light switch.

The self-cleaning retractable wand sprays warm, aerated water for both front and rear cleansing. The NYT's Steven Kurutz wrote that with systems like these, "the need for toilet paper is virtually eliminated."

It also has a wireless remote.

Use the remote to control the cleansing wand. You can adjust the temperature and pressure of the water and control the drying process.

It has a special flushing system that uses two jets of water at the same time.

One jet of water goes to the bottom of the bowl, and the other goes around the rim.

Toto
It uses one gallon of water per flush for a full flush, and 0.8 gallons of water for a light flush.

The toilet, which is ADA compliant, is only 17" from the base to the top of the toilet seat, which Toto says "is the ergonomically correct height for a person to comfortably sit down and rise from the unit with ease."
source: http://www.techinsider.io/toto-neorest-750h-toilet-pictures-2015-11
by Tim Stenovec