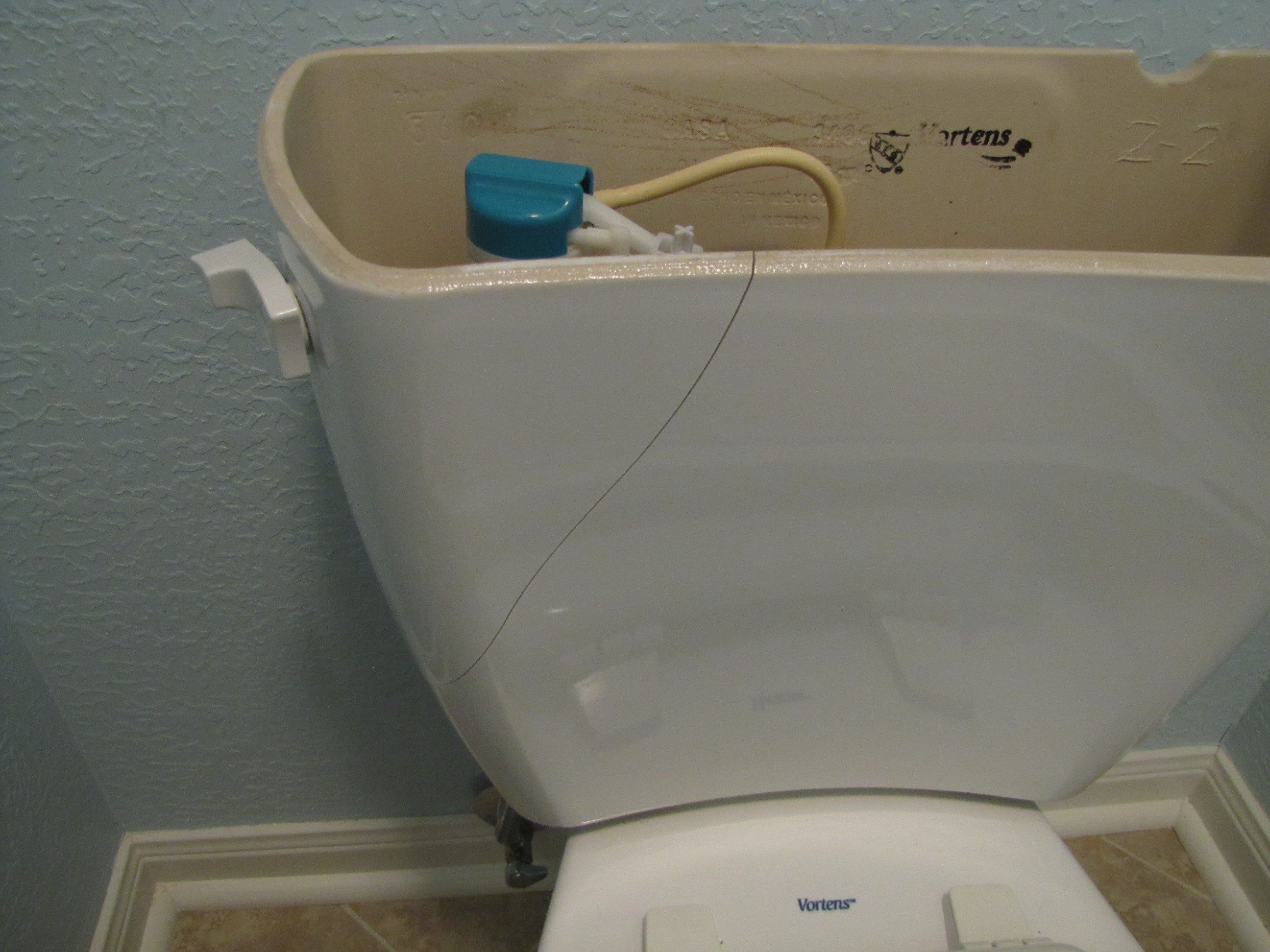 ELK GROVE (CBS13) — What toilet do you have? It’s a question Nafisa Neabkhail wishes she’d known to ask.
When Neabkhail and her family returned home after a vacation, they walked into a nightmare.
“I hear water everywhere,” said the wife and mother of three.
The house was flooding. Light fixtures rained onto the carpet below, the alarm was squealing, the ceilings peeling.
“As if this whole house is a waterfall. My whole rug was floating on the water” said Naebkhail.
The result was $190,000 in damage to the family’s Elk Grove home.
“You would never think something like this would happen. That flood is still running in my mind,” said Naebkhail.
Her family of five was forced out of their home for more than five months, and their house has been torn down to the studs.
“They took out everything because of the water damage,” she said.
The flood was caused by a toilet in their second-story master bathroom. A steady stream of water poured through the crack in the tank of their Vortens toilet.
“No family deserves this,” Naebkhail said.
We’ve learned the same model is failing in homes across the country including California, Texas, Louisiana and Florida.
Texas resident Amy Etchberger says her Vortens model cracked in 2016.
“It was coming out and just dripping out the bottom. It’s a faulty product on their part, and I think they should take responsibility,”  Etchberger said.
ALSO: Roseville Mom Says Valet Gave Car To Crook Who Almost Burglarized Her Home
Anne Altz says her cracked Vortens toilet caused $20,000 in damage.
“They know they’re going to fail. “ said Altz.
The manufacturer has admitted “Some tanks made in 2011 with model numbers 3464 and 3412 may have been affected by technical issues that allegedly caused the fractures.”
Sure enough one of those numbers, 3464, is etched in Nafisa’s toilet tank, but the company never recalled them. Nafisa said no one even warned them of the problem; not the toilet manufacturer nor the builder who installed the toilet in 2012.
“That’s what we’re really, really upset about,” she said.
How many of these toilets remain in homes in Naebkhail’s neighborhood and in homes across America? Vortens would not say. The company tells us, “to date, all claims received have been addressed or are in the process of being addressed.” Vortens’ full statement is included below.
After a class-action lawsuit, Vortens has agreed to pay up to $300 to replace the toilet and, if there’s flooding, up to $4,000 to help cover insurance deductibles.
“I just want it to be over,” Naebkhail said.
Nafisa’s insurance is covering the damage. Now living with relatives during the rebuild, she says this has turned her family’s lives upside down.
“I’m thinking after everything is fixed I’m putting the house back on the market,” she said.  “Because I cannot see myself living here anymore.”
The Naebkhails think it will be at least another month and a half before their house is done. They plan to sue over the inconvenience. After we reached out to the builder, Taylor Morrison, they sent letters to all homeowners in the Elk Grove, Franklin Crossings community. The letter, below, alerts homeowners to the issues with Vortens toilets and directs them to the class action settlement.

“Oct 9, 2019
Dear Homeowners,
It was recently brought to our attention that some homes in the [Franklin Crossings] community may have been built with a particular model of toilet tank manufactured by Vortens between January 1, 2011 and December 31, 2011. The enclosed 10-page Notice was downloaded from the website link https://vortenssettlement.com/Content/Documents/Notice.pdf. The Notice provides a good explanation of the issue and what steps can be taken by affected homeowners. While Taylor Morrison has no involvement in the class action settlement, you may wish to inspect your toilet tank to see if it is one of the affected tanks, and if so, take the appropriate steps to address it.”
source: https://gooddaysacramento.cbslocal.com/2020/02/13/cracked-toilet-190k-models-failing-years/ 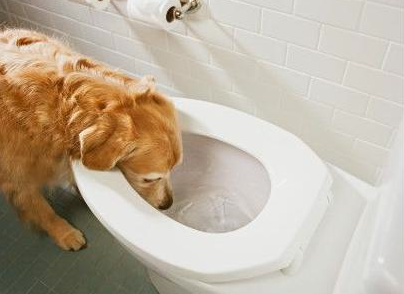 You might think it’s disgusting when you catch your dog drinking from the toilet, but there’s actually a reason they like to do it.

Why do dogs drink from the toilet?

Even though you give your dog water in their bowl every day, the toilet water always seems a little more appealing to them. It’s a tempting treat for them because the water in the toilet is fresher and colder than the water in their bowl. “Dogs are also scavengers by nature so it’s inherent in their genes to seek out water and food—which is why they tend to love toilet water and garbage cans,” says Dr. Gary Richter, a veterinary health expert with Rover. Here are some other reasons behind your dog’s weird behavior.

Is it safe for dogs to drink from the toilet?

The water in your toilet is the same water that comes out of your faucet, so it is safe for your dog to drink toilet water. However, the cleaning products we use to clean toilets (such as bleach) can be extremely harmful to dogs. Dr. Richter says that if your dog likes to drink from the toilet you should always rinse down the bowl after cleaning it and keep the lid down and the bathroom door closed to avoid having them ingest anything toxic. Make sure to keep your dog away from these foods that can be toxic as well.

How can you get your dog to stop drinking from the toilet?

The obvious answer is to keep the toilet lid down or the bathroom door closed, but if you want to break the bad habit there are a few things you can do. The trick is to make their water bowl more appealing than the cold toilet water, says Dr. Richter. He recommends keeping it fresh and cool by changing it at least two times a day and adding in a few ice cubes. If your dog still turns their snout up at that and walks into the bathroom to get water you can try a dog water fountain that keeps their water circulating and fresh. If they don’t like that either, here’s how to figure out what your dog actually wants from you.
source: https://www.rd.com/advice/pets/is-it-bad-for-dogs-to-drink-toilet-water/
by Morgan Cutolo
http://www.thisoldtoilet.com

Would you push an outhouse for charity? How about jump into ice-cold water in the wintertime?
Those were some of the events taking place during the 10th annual "Da Yooper Winterfest" in Marinette Saturday Feb. 1. Both Menominee and Marinette celebrated along with Wisconsin-Michigan border.
One of the three events was Da Yooper Pooper Toilet Trot. People built outhouses, which had to include a toilet seat and roll of toilet paper. Then, two people pushed the custom-made house, while the other rode inside.
Prizes were given for speed, appearance, and fundraising, and it all went toward two local organizations.
“This is actually supporting our River Cities Community Pool, and also, The Dar Boys and Girls Club,” said Koreen Gardon, program director at DAR Boys and Girls Club. “Each year, this event brings in just over $50,000, which helps keep both of our agencies open, and it wouldn't be possible without the community's support.”
Another activity was Da Yooper Plunge, a polar plunge.
There was also Da Chill-y Cook-off.
"Yooper" is a nickname for people who live in Michigan's Upper Peninsula.
source: https://fox6now.com/2020/02/02/toilet-trot-outhouse-races-among-the-festivities-at-da-yooper-winterfest-in-marinette/
by Cnn Wire Service

Frank Sinatra items up for auctionThe furnishings from Sinatra’s suite at the former Golden Nugget casino in Atlantic City will go on sale Sunday.WABC


Frank Sinatra fans itching to redecorate may be in luck.
On Sunday, multiple items, including a gold-seated toilet, will go up for auction from the legendary singer's Chairman Executive Suite at the Golden Nugget Casino in Atlantic City, New Jersey.
The toilet has an estimated selling price of $1,500 to $2,000.

When Charmin announced its new toilet experience innovations earlier this week, including a pooptime robot pal, we knew we had to see them for ourselves on the CES show floor.
Hollywood mogul Jeffrey Katzenberg was discussing his billion dollar startup Quibi with Procter & Gamble’s Chief Brand Officer Marc Pritchard a mere 10 feet away, but camera crews from media outlets like ourselves and CNN were more obsessed with experiencing bad puns and toilet humor from the folks at Charmin.
The future bathroom concepts were surely the talk of CES this week. Heck, the invention was even skewered by Stephen Colbert.
GeekWire Managing Editor Taylor Soper got a first-hand look at three new toilet technology concepts: the RollBot, SmellSense, and V.I.Pee. His conclusion?
“The future of the bathroom smells rosy and will never, ever lack toilet paper,” he said. “Absolutely incredible.”
None of these products are actually for sale, though smart home tech, including innovation inside the bathroom, is certainly a theme at this year’s CES. But kudos to Charmin for their efforts to help us “Enjoy the Go” and for a delivering a good laugh during the madness of the big show.
source: https://www.geekwire.com/2020/hands-demo-charmins-new-toilet-paper-robot-fart-smell-sensor-ces/
by Kevin Lisota
http://www.thisoldtoilet.com

Posted by This Old Toilet at 8:21 AM No comments: